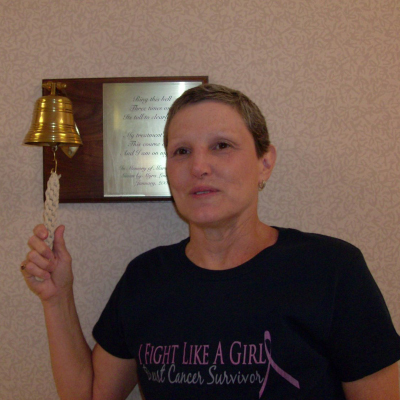 Patricia “Patti” Ann Cauthen graduated from Milby High School in Houston, Texas in 1977, where she was always the class favorite, top of her class, Homecoming Queen, Drill Team Officer, and so loved by everyone.

Patti married and later had her son Clayton Curtis Cauthen in 1987.  Clayton was her life!  She was so proud of him and all of his accomplishments.  She would go and support him in everything he did whether it was academics, sports, church, or work.  Patti was a Christian and had a lot of faith.  Her family meant so much to her.  Patti was a loyal person and the kindest person you would ever meet.  She found the positive in everyone she would meet.

Patti‘s dream job was working for United Space Alliance.  Before she died she had 25 years of service with them.  She met some of her dearest friends who gave her so much support in her life.  She was always so proud when someone would ask her where she worked.  Patti had many responsibilities for the space program.  One time she was able to take Clayton to Florida and actually get to see a launch.  She was very proud, took it very seriously, and her work ethics showed it.  After her son Clayton graduated from high school and was attending college, she was able to get him on at the fitness center doing an internship to later become a coach.  There is where Clayton met the love of his life, Melissa.

Patti was diagnosed in July 2008 of HER2 Positive Stage 3 breast cancer.  Her first chemo started in September.  She was sad that she was not able to work after she began to have complications.  In February 2009, she underwent a double mastectomy and started radiation in May 2009.  Patti recovered well enough to return to work in July 2009.  In January 2010, Patti began feeling like something was just not right. After many tests it was confirmed, Patti was diagnosed with the Myelodysplastic syndrome.  Myelodysplastic syndrome is cancer caused from chemo or radiation.  We were told there was no cure and she had three months to live.  The only thing that might prolong her life was to get a bone marrow transplant.  After family testing, her brother, Ernie, was a match. Patti had her bone marrow transplant in February 2011.  Patti was a fighter.  She remained positive and faithful until the end.  During her illness, she required lots of daily visits, hospital stays, and in-home supervision at all times.  Patti de 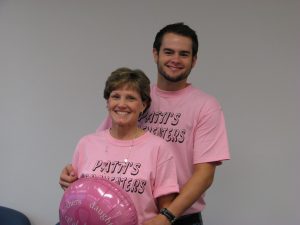 pended on her family and work family for support with rides to and from MD Anderson and sitting with her.

In August of 2012, her son, Clayton, and Melissa married and Patti was strong enough to attend the wedding in California. She was the most beautiful person at the wedding, besides the bride.  She was the proudest momma ever.  Patti was proud of herself for fighting enough to make the trip. The day Patti returned to Pasadena she was taken back to MD Anderson and at that time we found out her body was done.

On September 3, 2012, God took her lifeless body to be with him in heaven.

Looking back, we knew that God kept her little body going so she could make that trip and she knew that Clayton was going to be okay.

At MD Anderson when you complete a Chemo or radiation for the last time, the patients ring a bell.  Patti rang that bell two times on earth and one in heaven.